This Thursday will mark the 395th anniversary of the very first Thanksgiving dinner. Over these long years, many a tradition has come and gone, yet the celebration of  Thanksgiving has continued, and unified our country.

No matter a person’s creed or color,  Thanksgiving symbolizes something that all of us can relate to; for we all have something to be thankful for.

Each of has people in our lives that have given their time, money, wisdom, and love to us. This holiday gives us the chance to express gratitude for what we have been given, and that is what we must do.

Sometimes we forget, that thankfulness and generosity go hand in hand.

Thanksgiving is a day not only to celebrate the generosity of friends, family and strangers who have gone out of their way to enrich our lives, it is also a time to extend the same generosity we have received, sending the warmth of love towards the hearts of others.

In 2013, photographer and Pastor Sean Bendigo took a series of powerful and inspiring photographs. He invited congregants of Madison Church and members of the local community to share with him expressions of what they were grateful for. He then photographed their open hands. Hands that are open not only to receive, but also to give. They symbolize the gratitude we hold so deeply, and must show as well as be thankful for. He called this collection The Generous Hands Project. Throughout this week, we will share these photographs with you, in hopes that they will inspire you to share.

To make sure that you receive the entirety of this wonderful collection, as well other inspirational writings and images, be sure to visit inspiritedliving.com/join and sign up for our daily footcandles.

Have a joyous Thanksgiving, and remember to give as much as love as you receive.

2016 saw a landmark event for Ardmore as Hermès, Paris launched our designed silk scarfs. This is the first time a South African design has been used by Hermès and we view it as an incredible honour. To commemorate this event, we are creating major works to parallel the theme of ‘La Marche du Zambèze’. The collection is dedicated to Fée’s homeland, Zimbabwe, where the Great Zambezi River forms its northern borders. View these magnificent artworks at Patrick Mavros, 104 – 106 Fulham Road, London, SW3 6HS, from Wednesday, May 18 to Sunday, May 29. 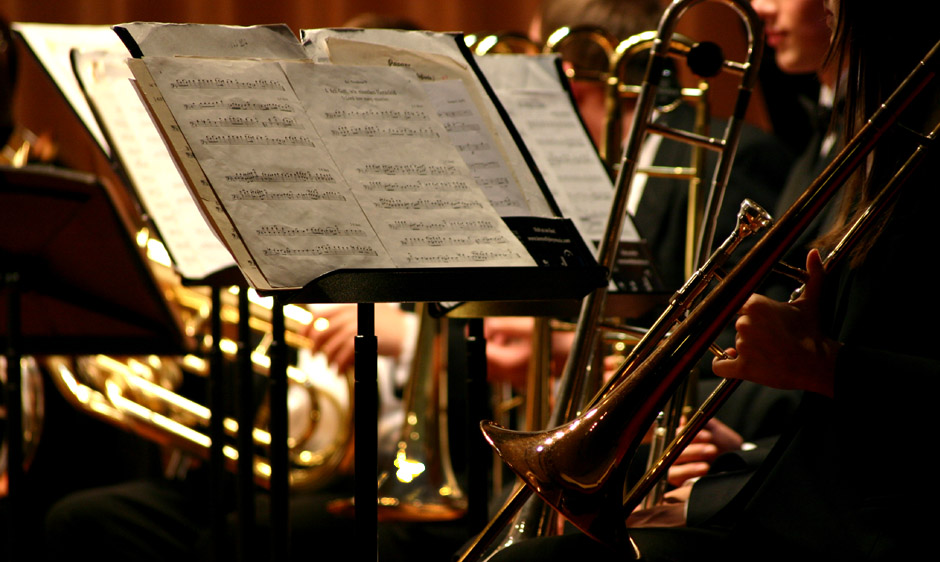 Celebrating its 50th Anniversary Season, the New York Youth Symphony is the most awarded youth program of its kind in the nation, recognized for its innovative, tuition-free educational programs for talented young musicians. Founded in 1963 as an orchestra to showcase the metropolitan area’s most gifted musicians, ages 12-22, its activities have since grown to encompass programs in chamber music, conducting, composition, and jazz. Through its commissioning program, First Music, the NYYS has commissioned over 100 works from young composers since 1984.

Orchestra
Under the direction of Joshua Gersen, the 110+ person ensemble is recognized as one of the finest youth orchestras in the nation. With its sophisticated programming, performances in one of the world’s greatest concert halls, superb musical leadership, new works commissioned of the nation’s best young composers, outstanding soloists, and professional-level attitude, the ensemble continues to grow and thrive with each new season. “The New York Youth Symphony…often gets compared to professional orchestras, and one can hear why. Its music making is alive and full; its players are thoroughly prepared and very able…they have a freshness and a drive that seasoned ensembles are going to rediscover only very occasionally.” —The New York Times

Chamber Music
The Chamber Music Program is an excellent opportunity for players to enhance their musical abilities, improve their performance confidence, and develop interpersonal skills within small group settings. The program welcomes 80-90 players of all levels and makes every effort to place individual players into ensembles with whom they may feel most comfortable; pre-formed groups are also encouraged to apply. Groups are coached by professionals from throughout the city as well as by members of the Shanghai, Juilliard, and Orion quartets.

[The program] provides a range of opportunities to study, perform, and rehearse in a context that balances structure with flexibility, guidance and independence, and discipline with inspiration.” —Chamber Music America magazine

Jazz
The New York Youth Symphony’s Jazz Band, under the direction of Matt Holman, is a 17-member ensemble dedicated to studying, rehearsing, and performing classic big band jazz music. Modeled on the bands of the 1930’s and 1940’s, the Jazz program preserves this heritage and, keeping with jazz traditions, incorporates it into the current and emerging styles that define the genre for the present generation. Now in its 11th season, students from the Jazz program have been fortunate to perform with featured soloists including Joe Lovano, Scott Wendholt, Suzanne Morrison, Steve Turre, Warren Vaché,
Victor Goines, Slide Hampton, Jimmy Heath, Joe Locke, Eric Reed, Lew Soloff, Gary Smulyan and Frank Wess, giving students a chance to play alongside today’s most exciting professional musicians.

Composition
The New York Youth Symphony’s Composition Program, formerly known as “Making Score,” is the first series of workshops in the country for young musicians to explore the world of composition and orchestration. The program includes workshops exploring the musical thought of a wide variety of composers, with a focus on instrumentation and orchestration. In addition to study, students compose new works for various ensembles, including chamber ensembles, jazz orchestra, and chamber orchestra, which are performed by student ensembles.

Apprentice Conducting Program
“The orchestra has been a training ground for conductors who have gone on to bigger things.” -The New York Times

The world’s finest emerging conductors have found the Symphony’s podium to be an unparalleled opportunity to sharpen their craft, develop their talent, and gain exposure in front of New York’s discerning audiences. The Robert L. Poster Apprentice Conductor Program gives aspiring orchestral conductors the opportunity to study the art of conducting through rehearsal technique, stick technique, score analysis, podium time, and observation, under the guidance of the NYYS Music Director and Assistant Conductor.

First Music
“The most impressive record for championing new music of any ensemble in the United States.” -The New York Times

First Music, the New York Youth Symphony’s young composer competition, commissions America’s best emerging orchestra, chamber music, and jazz composers under age 30. Initiated in 1984, it has been acknowledged widely as one of the leading forces in the United States for bringing the work of gifted young composers to the public’s attention.

“During the last two decades, no youth orchestra in the country has been more relentlessly committed to generating new music than the New York Youth Symphony.” -Symphony Magazine

First Music has awarded commissions over 100 of America’s best young composers since 1984. The winner of numerous awards and accolades, this ongoing project introduces traditional audiences, as well as the musicians themselves, to new trends in music. Three awards are given seasonally for orchestral and jazz compositions and one for chamber music.

Fée was born in 1958 in Bulawayo, Zimbabwe. In the early 70s she travelled south to study at Natal University, Pitermaritzburg for a BA Fine Arts degree. This was followed by a two-year postgraduate course in ceramics. She then lectured for a short time at the Durban Technikon but soon found herself married and living on the farm Ardmore in the Champagne Valley of the KwaZulu-Natal Drakensberg, with her husband, James, in 1985.

Fée’s first student was Bonnie Ntshalintshali, the daughter of a farm employee. Bonnie’s natural aptitude for ceramic art soon attracted other members of Bonnie’s family who asked if they too could learn from Fèe. This led to the creation of Ardmore, the largest ceramic art studio in South Africa. Bonnie became known as one of South Africa’s leading ceramic artists, while Ardmore’s exciting diversity of ceramic art has been endorsed by Christie’s, London as ‘modern collectables’.

Fée’s merging of western ceramics technology with African art is only part of the story of Ardmore. Of even more significance has been her encouragement of their imagination based on nature, Zulu folklore and tradition. Fée has been described as ‘a creator of artists.’ As well as giving so much of her artistic ability to her creative team, Fée has won numerous art awards, including the Standard Bank young Artist’s Award which she jointly in 1990 with Bonnie Ntshalintshali. She was awarded the Women’s Campaign international for empowering women and was one of five people honoured at the Metropolitan club in New York in 2010.
The large group of sculptors and painters who produce ceramics under the Ardmore label amply demonstrate the diversity of talents that has emerged under Fée’s tuition. As she says:

‘The Zulu people have a wonderful sense of colour and rhythm and a gift for design and balance, all they needed was opportunity.’

“I guess there’s something to be said for being young and impulsive and more than a little bit crazy.” -Dale Chihuly

Born in 1941 in Tacoma, Washington, Dale Chihuly was introduced to glass while studying interior design at the University of Washington. After graduating in 1965, Chihuly enrolled in the first glass program in the country, at the University of Wisconsin. He continued his studies at the Rhode Island School of Design (RISD), where he later established the glass program and taught for more than a decade.

In 1968, after receiving a Fulbright Fellowship, he went to work at the Venini glass factory in Venice. There he observed the team approach to blowing glass, which is critical to the way he works today. In 1971, Chihuly cofounded Pilchuck Glass School in Washington State. With this international glass center, Chihuly has led the avant-garde in the development of glass as a fine art.

His work is included in more than 200 hundred museum collections worldwide. He has been the recipient of many awards, including eleven honorary doctorates and two fellowships from the National Endowment for the Arts. Most recently, Chihuly received an Honorary Doctor of Human Letters from the University of Hawaii at Manoa, Honolulu, Hawaii.