Abby is a Shaman and Reiki healer (soon to be Reiki Master), and Guided Meditation teacher. She has 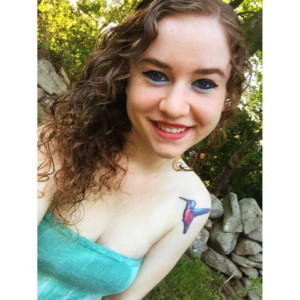 been working with meditation and energy healing since 2013 and her main goal is to help open other people up to their own abilities and the power they hold within. After learning from spiritual teachers like Abraham- Hicks, Louise Hay, and Bentinho Massaro she changed the way she looked at things. She went from the victim mentality, to being a conscious creator and hopes to help other people learn the same! We have so much phenomenal power within us that when it is understood and focused correctly, we can change so much about the realities that we live in. Abby has experienced this firsthand and loves to help other people further understand this, and use the knowledge in their own lives! 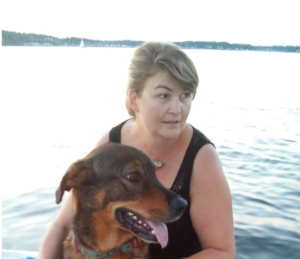 I am….a writer, artist, sailor, speaker, advocate, and outgoing energetic woman with a passion of inspiring others to find what makes them want to keep going forward when life seems to have stolen their spirit. My younger brother and sister took their own lives at age 19 and 20, when I was only 22 and 26, living in Denmark, newly engaged, and starting my own adventure. Their deaths inspired me to never say no to a challenge, and to question authority when I felt that a vulnerable person was not being treated fairly with loving kindness.  My education took me to nursing, then occupational therapy, then counseling, then as a licensed therapist, and I am now working on my PhD in Health Psychology.When my mom died last year following a short 5-month battle with Pancreatic cancer, I decided I needed to find my center again, and because this was my 3rd major family loss, my heart hurt so badly I needed something big to help heal the loss. I became a Yoga Instructor, graduating in the Spring of 2016. Yoga has inspired my research focus to heal trauma with Yoga. Being a therapist and dealing with personal suicide loss creates a life of constant self-healing and growth to be able to help others. I want to be in a community of healers that inspire others to use their life experiences and journeys of grieving to not only heal themselves, but educate medical professionals that complimentary medicine works, and is crucial for mind/body healing.

2016 saw a landmark event for Ardmore as Hermès, Paris launched our designed silk scarfs. This is the first time a South African design has been used by Hermès and we view it as an incredible honour. To commemorate this event, we are creating major works to parallel the theme of ‘La Marche du Zambèze’. The collection is dedicated to Fée’s homeland, Zimbabwe, where the Great Zambezi River forms its northern borders. View these magnificent artworks at Patrick Mavros, 104 – 106 Fulham Road, London, SW3 6HS, from Wednesday, May 18 to Sunday, May 29.

Ardmore Ceramic Art was established by Fee Halsted on Ardmore Farm in the foothills of the Drakensberg Mountains of KwaZulu-Natal, where she lived after obtaining her BA (Fine Arts) Honours degree and lecturing at Natal Technikon. Here she met Bonnie Ntshalintshali, daughter of their housekeeper, whose polio meant that she was unable to work in the fields. Fee and Bonnie quickly developed a synergy and under Fee’s mentorship, Bonnie’s natural skills as an artist blossomed. Five years later, in 1990, Fee and Bonnie were jointly awarded the prestigious Standard Bank Young Artist Award, the first such artistic partnership to be recognised. With this success came the demands of creating ceramics for their exhibition, so Fee offered other local women the opportunity to train at Ardmore, producing pieces to generate income for the fledgling studio.

Fee, through necessity, developed the exuberant exotic style that has made Ardmore ceramics famous. “I made tiles and if one cracked, I’d stick a rabbit or bird on the top to hide it,” she recalls. Their work broke from the ceramic conventions of the time: fired terracotta clay was painted with plaka paints, boot polish and oven blackeners. Glues and putty were also used. Later American Amaco paints and transparent glazes brought vibrant colour and fine painting style to the ceramics.

In 1996, Fee and her family moved to Springvale Farm in Rosetta in the KZN Midlands, allowing the artists at the Berg Studio in the Champagne Valley to explore their independence. At Springvale she established a smaller studio and gallery, and in 2003, the Bonnie Ntshalintshali Museum was created to honour Fee’s co-artist and friend after her tragic death from HIV/AIDS in 1999. 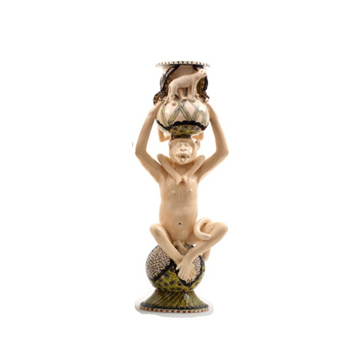 A few years later, Fee and her family moved to the Caversham Valley, relocating the studio and museum and building a spacious gallery and offices. This created a unique home for Ardmore and in 2009 she amalgamated
the Berg and Rosetta studios here.

Ardmore’s 25th anniversary in 2010 saw the launch of Ardmore Design Collection, which translated Ardmore’s distinctive imagery and styling into functional, superb quality ceramic and non-ceramic products including dinnerware, tapestries, furniture, fabrics for soft furnishings, and more. This new venture was made possible through a generous grant in late 2009 by the Business Trust’s Shared Growth Challenge Fund.

The artists from the Ardmore studio are given training, direction, materials, a studio and a guaranteed market for their work, supported by a skilled marketing and administrative team. Over the years, Ardmore’s artists have won numerous awards and exhibited widely in South Africa and around the world. Ardmore artworks feature in leading galleries and collections, including the Museum of Art & Design in New York, the Museum of Cultures in Basel, Switzerland, and the Tatham Art Gallery in Pietermaritzburg, South Africa. The acclaimed auction house Christie’s has acknowledged Ardmore artworks as “modern day collectibles”.

Losing Someone Shapes Us – Each and Everyone

A Blog by Ana Bess.

365 days and 10,541,200 breaths since we lost you…Because losing you didn’t just happen in that one moment when Ed called me on the phone today a year ago. It has meant losing you over and over again. Losing you every time I see a Red Sox t-shirt. Losing you when I hear Pearl Jam on the radio. I lose you in the moments before I fall asleep in tears, and in the moments when I awake and realize you’ve gone.

And yet I keep finding you… I have found little notes you wrote me from years ago. Found you in old photographs. I have found you in replaying the years of memories we shared. In the people who we love. I have found you in your family and in our friends. I can always find you in Clyde. I always have you in my heart. For there is a place I will never lose you.